It’s the soccer formation with three defenses, two midfielders and one striker.

Requirements:
Midfielders must combine attack and defense qualities in a balanced way, either because they have that balance on an individual level or individually because their qualities are compensated.
It is important to have a refresher striker given the wear that this put has to press the opposing defense alone.
Keys for the system to work.
Always keep at least one of the two midfielders behind the ball, if one joins the attack the other follows the play from behind.
The exit to the attack by the midfielders must be produced in a staggered way or their area will be abandoned with the danger that this entails in case of the theft of the ball by the rival.
Alternating the midfielder who adds to the attack will give us a plus of surprise.
When the opposing goalkeeper draws the ball both midfielders must remain on the same line, but when the ball has been kicked and is in play, the midfielder on the side where the ball is is to advance slightly diagonally to where the play is taking place .
Our striker will press hard on what is a great effort and sacrifice on his part.
In no case will the two lateral defenses go up simultaneously, when one side joins the attack the central defender will swing towards that side and the other lateral defender will do the same to occupy the defense space as if two central defenders were involved.
While the opponent has possession of the ball our central defense will be located approximately 5 meters behind the lateral defenses. 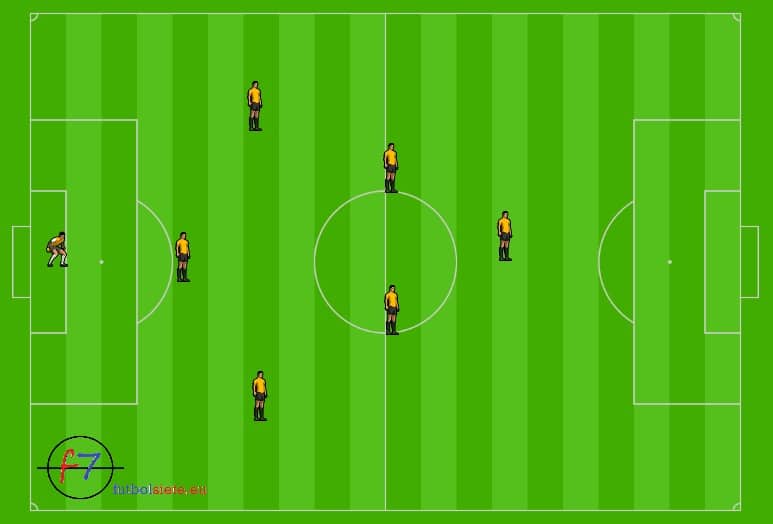 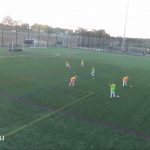