Piggy in the Middle by pairs to work defensive pressure. Soccer Training.

You are here: Home / english / Piggy in the Middle by pairs to work defensive pressure. Soccer Traini...

Piggy in the Middle by pairs to work defensive pressure.

We will arrange the players in pairs in three teams in a space according to their age.

The couple occupying the central space try to steal the ball mientra players occupying each side move the ball by passing between them, can give and receive passes from your partner team and another couple who are outside the  space of play.

Players who try to steal will not be able to leave the indoor space. Players who retain possession may only move on their assigned side.

When a player loses the ball, he and his teammate become the pair that presses, the players who have regained possession will occupy their positions.

The team trying to steal work with high intensity by going to pressure the player with the ball while teammate diagonally delay his position to try to cut the pass.

The outside players initially may make a maximum of two touches of the ball (control and pass), we can then do exercise progression to a single touch to increase the speed and accuracy of exercise. 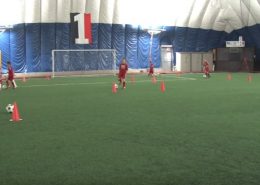 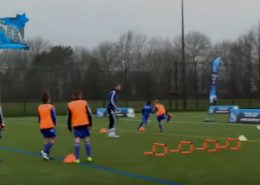 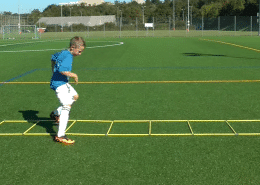 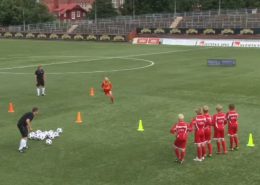